The Congressional Forum is a 53 year institution, and the Chamber's public policy series, which features local, state, and federal representatives to speak about issues relevant to the area's business community.

Representative Sharice Davids speaks to the group as often as she can, but other guest speakers are often featured at the monthly forums.

Mr. Michael Barrera was selected to serve as District Director for the U.S. Small Business Administration (SBA) in Kansas City in February 2021. He is responsible for the oversight of approximately 861 million dollars of annual federal contracting dollars and 338 million dollars of annual lending guarantees through the Kansas City District Office. The KCDO SBA covers 89 counties in western Missouri and eastern Kansas with a branch office in Springfield, Missouri. Additionally, Mr. Barrera will provide support to the nine Small Business Development Centers, four SCORE chapters, and one SBA-funded Women’s Business Center in Kansas City. A U.S. Export Assistance Center and Veteran’s Business Outreach Center that serve regional residents is physically located in St Louis.

Mr. Barrera is an experienced attorney with over 30-years of business, government, legal, and non-profit experience. Mr. Barrera has an extensive history with the small business community. He previously served as the SBA’s third National Ombudsman from 2001 to 2005, where his office assisted small businesses who were subject to overburdensome federal regulations. He also served as the first director of the agency’s Business Match Making program from 2003 to 2005. Mr. Barrera served as an internal Ombudsman for SBA’s Office of Disaster Assistance employees, subsequent to the hurricanes that devastated Puerto Rico, Florida, and Texas in 2017 and 2018.

In addition to his SBA experience, Mr. Barrera served as the President and CEO of the United States Hispanic Chamber of Commerce (Washington DC); Director of Entrepreneurship for the LIBRE Institute (Denver, CO. and Kansas City, MO); and President of the National Business Information Clearinghouse (Denver, CO).

In his past roles Mr. Barrera has testified before Congress, and has served as both a national and regional spokesperson on issues critical to the business and Hispanic community appearing in many national media outlets. In 2007, he was named as one of “America’s Top Diversity Advocates” by Diversity Business.Com. In 2008, Latin Business Magazine named Mr. Barrera one of the top 100 influential Hispanics in Business. His community experience includes serving as a past board member for the Statue of Liberty/Ellis Island, co-founder of the Hispanic Bar Association of Greater Kansas City and past board member of HACR (Hispanic Association of Corporate Responsibility).

Mr. Barrera received his law degree from the University of Texas School of Law and a bachelor’s degree from Kansas State University. He was also educated at Harvard Business School and the Marshall School of Business at USC. He is a native of Kansas City, Missouri. 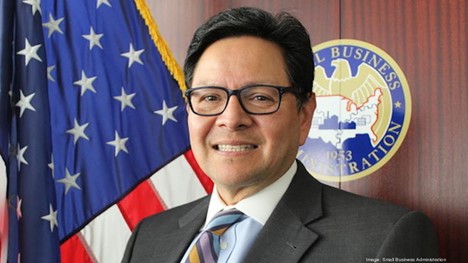